I was captivated by the quality of football that both teams served during this highly entertaining Emirates game against PL2 title chasing Man City. The game was played at a fast pace, was end to end and all players gave their all.

Arsenal had a good mixture of more seasoned players like Holding, Jenkinson and dare I say it, Sanogo who were ably supported by Sheaf (who started at centre half next to Holding), new acquisition Bramall (at left back), Jeff Reine-Adelaide who was paired up with Ainsley Maitland-Niles in midfield and with Malen, Nelson and Chris Willock lined up behind Sanogo in attack. Huddard was in goal. 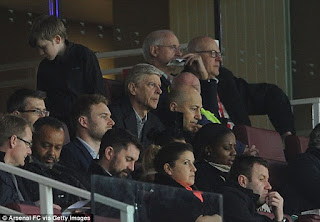 Arsene Wenger's presence in the stands must have given all the Arsenal players a huge incentive to show their skills and stake a claim for furthering their careers at the Emirates.

I was very impressed in particular with two Arsenal players and one from the opponents.

Ainsley Maitland-Niles was a rock in central midfield and duly bossed it. He chased the ball with commitment and won nearly all his duels. 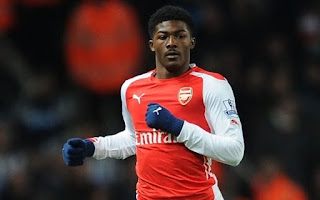 I think he will be the next one to follow Iwobi for more regular starts for the first eleven.

The other young gunner that showed great promise was Reiss Nelson who made a brilliant assist for the Arsenal's first goal and also scored the second. 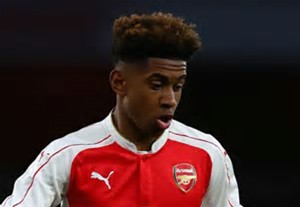 He has a lot of pace and runs all day, attributes which he combines with a high technical ability and skill.

I was also very impressed with City's young French striker Thierry Ambrose who bagged a brace with relative ease. He reminded me of a young Thierry Henry (and not because they have the same name) in the way he made his runs away from the defender and his coolness in finishing. 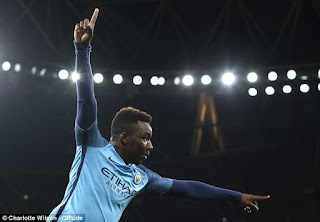 I think we will hear a lot about this youngster in the years to come.

It had been reported that Arsenal were keen on another City youngster playing last night, 16 year old Sancho, but that forced City to offer him a three-year contract and a bumper pay rise which was signed earlier this month.

I think Wenger will do a lot better in pursuing Ambrose instead.

Posted by Arsenal Analysis at 10:33 AM 2 comments:

The three criteria for supporting Wenger's stay at Arsenal

I have been very critical of the team's performance over the last few years just as many, many other fans have been.

The same story repeating itself. Many small technical players, afraid of tough challenges, no leaders on the pitch and playing tiki taka football in a light Barca version, but lacking a Xavi, an Iniesta or indeed a Messi to pull it off.

Beginning the season on a high then reaching a dead end by midseason, getting knocked out of the League Cup the CL and more often than not the FA Cup. And then when the pressure is eased we see a late flourish to get the 4th spot.

Obviously Wenger's teams in the last 10 years lacked mental fortitude as indicated by disastrous defeats at home when the title challenge was getting hot. Defeats such as against Swansea last season and Watford this...

When Wenger was given a three year contract I was hoping that he will set things right, buy the right players and use the three years to build and hone a title winning team. He has instead continued doing those same things that he did before.

The most important however is not only Wenger's approach. It is the Board's.

They set the targets for the manager and if they show him that they are very happy with finishing in the CL positions every year and nothing else then you shouldn't really expect a different outcome....

Its like offering your employees bonuses not necessarily to be top performers but to achieve just above average results. What do you think they will do?

So it's not only Wenger that has to change his ways but crucially the Board.

Here are the three criteria therefore that should keep Wenger at the helm:

If the above are achieved then

- The Board at the end of the season announces that for another renewal of Wenger's contract the title or a real challenge for the title has to be delivered. They should also make available the funds needed to achieve this.

I personally doubt if any of the above will be achieved. Fourth spot is more achievable but there is a real contest between 5 teams for the three spots available and on current form it looks like touch and go.

To win the FA Cup is even more difficult with Man City, Spurs and one of Chelsea or Man Utd the other competitors. Just looking at our results against the top 5 will tell you that we have performed abysmally against the big teams. This is not likely to change in my opinion. Remember the team lacks mental fortitude...

And lastly do you really believe that the Board or Wenger will change their ways?