Silvestre and high balls a pleasant surprise for Arsenal 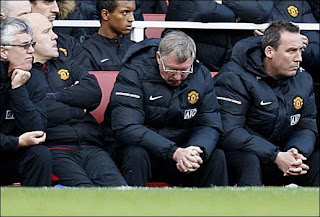 A lot of praise has been hailed for this fantastic performance by the boys who when the chips are down they rise to the occasion and produce fantasy football.

It was indeed a joy to watch but when that 90th minute goal was scored we all had the jitters and were fearing that a déjà vu was about to materialise. This anxiety was even more compounded when we kept making the same mistakes during injury time as we did against Spurs.

Instead of keeping the ball and playing it to each other we went looking for the third goal and on most occasions this was with our defensive midfielders Denilson and Toure! Still we held on and the boost to the young player’s moral will I believe be massive.

There were two characteristics in Arsenal’s play that impressed me. 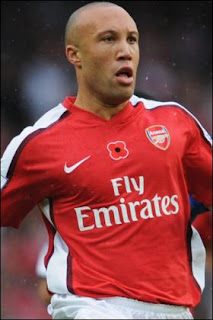 The first was the strong and ever improving performance of Silvestre.

He was very good in the air, attacking the high ball with authority and determination.

He is also a no nonsense defender who is not ashamed to kick the ball in row Z if he has to.

I think he may prove to be that strong and tall central defender that we have all been asking for.

Now who will be best to partner him between Gallas and Toure is another question but his partnership with Gallas yesterday was spot on.

Wenger will probably persist with it but I believe that in the centre of the defence you need one of the two to have a fair amount of pace; like Toure’s.

The other was the readiness of the Arsenal wide players to cross the ball into the United box much more often than we have been used to seeing from them.

Clichy in particular crossed at every opportunity creating at least two very good opportunities for Bendtner to head in. Sagna and Walcott were also putting the crosses in but their delivery was below par.

United especially Ferdinand and Vidic have been vulnerable as of late from high crosses coming in at an angle. They were exposed during their away game at Everton where they conceded an equaliser from a header by Fellaine and again they were found wanting against Hull at Old Trafford.

They conceded a goal from Cousin’s header from a dead ball situation that was eerily similar to the one that Arsenal conceded to Hull and the same player in our 2-1 defeat at the Emirates!

And of course our first goal yesterday came from a high ball into the heart of their defence from a free kick by Fabregas. Maybe Wenger had spotted this weakness and gave the necessary instructions.

Finally we cannot resist here at “Arsenal Analysis” to blow our own trumpet.

We received some criticism concerning one of our posts prior to the game: “How do you beat Manchester United?”

We suggested that we should press high up the pitch (so that Vidic and Ferdinand are forced to distribute the ball from that far back) and also that Clichy should not allow his attacking responsibilities to be restrained by Ronaldo’s threat.

Bendtner and Diaby aided by Fabregas kept pressing high up when United’s defenders had the ball. They were ruffled which disrupted United’s game and helped Arsenal perform the beautiful game in their half. Bendtner who had an average game overall did particularly well closing their defenders down.

Clichy was very impressive for Arsenal again. He ventured forward as often as he could and created a lot of trouble for poor old Gary Neville.

Along with Nasri they run the show on that side of the pitch but for Bendtner’s inability to head the ball into the net Clichy’s efforts would have received a lot more praise than they did.

All we need now is for the boys to play with the same determination and persistence against the “smaller” but more powerful teams whose first priority will be to stop you from playing; unlike the Manchester United’s of this world.


How do you beat Manchester United?


Posted by Arsenal Analysis at 8:36 PM

For me Denilson was just as much man of the match as anyone else. He had a great game, passing around wwell and working hard backwards. Full of quality and work effort, he looked real good.

I would not even consider Toure for a starting spot. Our worst "First 11" performer for the last two years.

Oh my god. What a load of rubbish. "We at Arsenal suggested this" lol.

Clichy produced ONE decent cross, and he generally the idea of a full back is to get crosses in - it's not some revolutionary idea.

Clichy had an average game. Could have scored an own goal, left his arm up, and left Ronaldo completely unmarked just after our second goal.

We didn't ruffle Vidic and Ferdinand at all. It seems to have escaped your notice that United sliced us apart for large spells and could have easily scored two or three in either half, as could we.

Leave the amateur analysis to someone else.

I rate Toure highly, but as of now the Gallas-Silvestre partnership is working well so there is no reason to break them up.

But I agree that Toure hasn't been as good for the past 2 years as he was, playing with Campbell by his side.

For me Denilson was the MOM along with Nasri! Best performance to date. As simple as that. Simple passes, good posession and strong at closing down Man U attacks. Brilliant performance!

Then I would like to see Diaby play behind Adebayor.

I agree totally that Silvestre is a nice surprise especially in dealing with high balls, something that has been missing for too long from Arsenal! What pleased me in particular was the way he ran and celebrated our 2 goals, especially the second one, against his old team!

My analysis before and after the game was better. Click on my name to see what I predicted and got correct.

A wonderful game of football where eventual winner was the game itself.Arsenal edged out Man U but t was a game that could have gone either way. The entire team played well, but a few players were well below their mark. Cesc Fabregas is already looking a tired man, a pale shadow of himself from last season. Yes he is immensely talented and hence keep producing those moments of magic every once or twice in a game, and it was such a moment when he found Nasri in space for the second goal. The other player who appers quite leggy is Bentner. He missed quite a few chances with both his head and his legs. Both of them I think need a lil break. Also Arsene needs to play Djourou more. He is by far the best centre back in the squad. Next up - the villians, an excellent oppurtunity to distance ourselves from the chasing pack.

Now replace Den with Djourou for away games and keep RVP out of the team and you have yourself a title winning team.
Of course wenger will do neither of those things.

If you watch the game, our balls into the box were with quality and i tell you why, if you watch we didnt put it in first time on the run, we always took a touch, we always looked up and delivered great balls in. When you watch Clichy he normally just smacks it in on the run basically trying to whip em in with pace but with dodgy Van Der Saar in goal we only had to float em.

Gallas and Silvestre never lost a game when they played together in central defense for France. They know each other very well, personally and professionally. They know what to expect from each other. I was never worried about our CD when I saw both of them on the team sheet. Kolo and Silvestre should never play together. They're our worst CD pairing. Our other good pairing is Djourou with any one of the other CDs.