Just when we thought it couldn’t get any worse it has. First it was Bendtner out with a groin problem then van Persie with his ankle and now it’s Gibbs that’s got injured while on international duty.

Add to these Denilson, Clichy, Diaby, Vela, Wilshere,Djourou, Fabiansky and Walcott and you can make another very useful first 11!

Gibbs was brought off midway through the first half while playing for the U21s against Lithuania and it’s beginning to look difficult for Saturday’s game against Sunderland.

So what are Wenger’s options then? 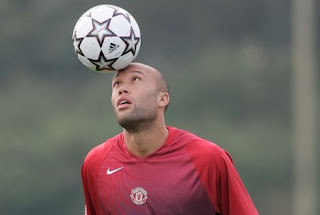 He has been deployed there a lot of times during his tenure at Manchester United and also a few times for Arsenal. Although he has experience he is getting rather slow with age and I think this may prove a risky choice to take. 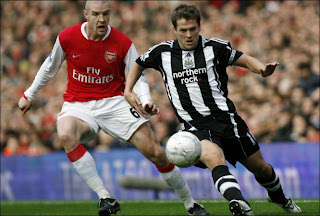 He too has been in the sidelines raring to go but although much younger than Silvestre lacks the necessary pace and previous experience in this position to be able to perform.

He has been deployed as a right back for 15 minutes or so in an FA Cup tie at Blackburn a few years ago but was found extremely wanting. 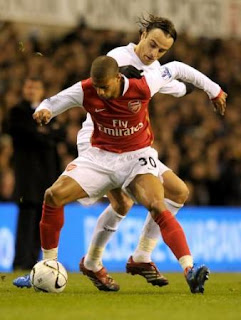 He is a natural left sided player who was earmarked to develop as a left back and was actually deployed there in a few games while out on loan for Portsmouth last season.

He was however played as a left winger by Portsmouth for most of his appearances and he did impress me whenever I watched him play.

Wenger may decide to take a chance on the youngster who has Premiership experience after all but his relative inexperience may put him off. 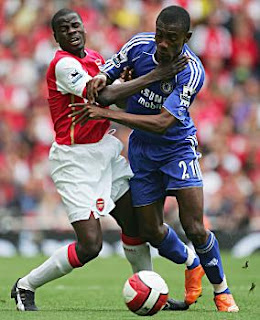 This is my likeliest choice. Although not a natural left footer he is now a seasoned Premiership player who is a defender after all even though he has, since last season, been played as a wide midfielder.

Arsene Wenger has been using him more as a right back recently giving Sagna much needed breathers and this will be the choice with the least risk attached to it.

Remember what happened to poor Gibbs when he was preferred to Eboue for the two Champions League semi final games against Manchester United last season? We don’t want that happening to Traore.

Posted by Arsenal Analysis at 5:16 PM

Traore's injured too, isn't he?

I'm so f*cking sick of all the injuries, is it 12 players out now? That's f*cked up.. I hope and think Eboue will play in that role, the others are way to risky.

Anyone know when Gibbs is expected back?

senderos to centre back and big willie to left back

Could you not have found a picture of Silvestre without that piece of Manc shite shirt on?

not usually this optimistic but arsenal.com says they would analyse his injury later in the week, fingers cross it's nothing serious and he's able to play against sunderland.

Although i am comfortable with silvestre at left back, just not at centreback

Jones won't be playing, he is still banned from his violent conduct charge.

vermaelen on the right and senderos in the centre....this is my choise......

It's got to be Senderos.

The guy is seriously underrated and deserves a chance.

Gallas to play left back. Senderous and the Vermeister in the middle. What do u think?

Bacary Sagna can play left back if required and is the best option, with Eboue slotting in on the right.

Wenger will either play silvestre there (hopefully not). or play senderos at centre back and move vermaelen to left back where he can play, but he probably wont want to break up gallas and vermaelen. he can play traore there but im sure he is injured, but if he isnt wenger will want to give him a chance or there wouldnt be much point him being at arsenal if we cant count on him to play. or he will play sagna there and eboue at right back wich is my preferred choice

I can't believe the suggestions on many of your guys! Wenger would never part the succesful partnership between Vermaelen and Gallas unless he absolutely has to. Senderos is not an option on leftback, as he might be the slowest centre-back I've ever seen. My first choice would be Traore by far, as he's very similar to both Gibbsy and Clichy. Silvestre, Eboue and Sagna are also viable alternatives, but Wenger stated when Clichy got injured that Traore would be the back-up for Gibbs.

Armand Traore
November 9
Armand Traore has returned to training but was not available for the Wolves game. "It seems a bit short for Armand," said Wenger ahead of the game.

Biggest shame is that this was Gibbs chance to earn a World Cup place, and from the sounds of it Clichy could be back before him, so I am really gutted for him.

When it comes to the club, this isnt a big deal really, we should be able to cope without him and Clichy, RVP injury is far worse because all other forwards are injured too apart from Eduardo.

Eduardo gets a knock and thats us without a striker for the Chelsea game, Walcott should be back by then but will be short of match fitness and is not really a lone striker.

Every gooner is great. Sorry for my digression, if you have any problems spiritually or in life as a whole, there is a man who helped me with my relationship and sexual problems, write to him at fukuora at yahoo.com... he would help, he did it for me freely. Whatever area of life, family, marital, relationship, finances etc.

For me it has to be Traore then silvestre as these are tryed and tested by wenger. Traore ideally as he is quick, offensive and strong.

Sagna would be my first choice as he is an outstanding full-back, who rarely makes errors. Eboue covers for him at right back.

Going forward Sagna might struggle some as his technical ability isn't that great, but he is best suited covering the likes of Anelka,Kalou, Joe Cole or Deco.

If Gibbs is out long term, Gallas would be my pick. During his first year at Arsenal he filled in on the left and was very good.

At Chelsea he very often played out on the left and was outstanding in many big matches for them - helping them to their two titles.

Eboue is best suited towards the right where he is comfortable. Vermaelen would be a possibility with Senderos coming into the center, but wouldn't want to switch him as he has done so well at CB.

Traore is a non-starter for me as he is near clueless defensively with a really poor positional sense and a lot of basic mental errors when it comes to following his man off-the ball and pushing up with the rest of the line when needed for offsides...

Traore could make the bench and provide attacking from LB when needed or perhaps start against weaker sides...

In this case Vermaalen can be switched to the left back (he playes that position comfortably) and including senderos as CB (or switching Song in CB position and playing Ramsey in DM role...

In this case Vermaalen can be switched to the left back (he playes that position comfortably) and including senderos as CB (or switching Song in CB position and playing Ramsey in DM role...

Can't believe no one mentioned Kerrea Gilbert. I know he's usually right back but he played left back for Leicester (I believe) for a long bit of one of his loan spells.

Not sure if Wenger quite trusts him but he might be able to slot in---seems much more dependable than Traore, and Sendy and Silvestre are very slow.
Agreed that the fewer changes the better---don't shuffle any players around if we don't have to!

BOTH GALLAS AND VERMALLEN ARE CAPABLE LEFT BACKS, BUT WHY WOULD YOU RIP APART AGREAT PARTNERSHIP TO COVER A POSITION A AVERAGE PLAYER COULD FILL, IE FLAMMINI 2YRS AGO,
TRAORE IS MORE THAN CAPABLE TO FILL IN,

why dont we use Eboue at RB and Sagna at LB?

Some of you just talk crap and i swear know nothing about football. He will play silvestre left back or traore (if he is fit enough).

(It feels like this nike shox might tell us a little bit about what Jordan Basketball Shoes is really after and whether or not he's jordan shoes to intentionally position himself against the greatest nike sb dunks of all-time. At the very least, it's a pretty cool nike air max — Don Michael Jordan Shoes would be proud — and LeBron got a pair of awesome nike air max 90. I think that makes him the big nike dunk shoes in all of this.) .. Buy cheap Jordan 1 shoes here! We sell Jordan 2 online. Do you like Jordan 3 shoes? This is a Jordan 4 shoes ! Get your Jordan 5 now! Cheap Jordan 6 for sale! Buy Jordan 7 on line! Who have Jordan 8 ~~? I love Jordan 9 shopping! Here my Jordan 10? Are your Jordan 11 here? Cheapest Jordan 12 store! Buy this Jordan 13 now. Discount Jordan 14 for sale! Buy my Jordan 15 now. My friend's Jordan 16 here! A pair of Jordan 17 shoes there! I lost Jordan 18 tomorrow! I picked your Jordan 19 shoes. Do you find Jordan 20? Here my Jordan 21 shoes! They sell Jordan 22 there! Buy Nike Shox NZ from USA. Buy discount Nike Shox OZ in UK? Wow , look Nike Shox R4 !I love Nike Shox R5 so much! I can wear Nike Shox TL3 everday! Can I keep Nike Shox R3 today?