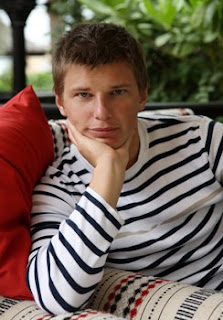 Arsene Wenger is a wily owl.

Everyone had thought that going for Arshavin would have been futile with Manchester City’s petrol dollars bound to snatch him away once the bidding war was underway.

But it seems that Wenger must have known something otherwise he would not have gone in with an opening bid for the player. As you may remember we first reported on this site a £12m bid by Arsenal.

Whatever the amount eventually is agreed, Arshavin seems to have made his mind up. He wants to play for Arsenal:

"In some games last season, Zenit played football which was very similar to that of Arsenal" he said.

He even revealed what shirt number he would prefer to wear should he join Wenger's team.

“I would prefer my present Number 10 but in the team where I hope to move it's not vacant.

"So I'm ready for any number they are going to offer me."

The sad thing for Arshavin of course is that Zenit want the highest transfer fee they can get asking for as high as £20m.

Well, we can reveal that there has been a rift between Arshavin and his club with him pressing them to come to an agreed fee with Arsenal so that he can get his wish to play for them.

He has, it is reported, got a fellow football player to call the Zenit coach Dick Advokaat and let him know that Andrei would be 'opting out' of games until the Zenit hierarchy agrees to let him leave!

It seems that the only way that Arsenal would get to sign him would be for the player to really want to come to the Emirates.

If Arshavin carries out his threat then this may well force Zenit’s hand in the matter.


Posted by Arsenal Analysis at 6:48 PM

whats the source for this??

The transfer now seems inevitable. The only thing holding up the deal is Zenit. They know that they are in a strong position and that they can demand a high transfer fee... and lets be honest, what could we expect from them? He isnt worth 20mill and everyone knows that they won't get that... it's just them wanting to make us sweat about the deal going through. In the end we'll pay 12 million with 5 million in add-ons.

i think he,ll end up at city how gutting.

I don't like the sound of him striking - can't help but think that whilst it may be in our benefit now - what if he decides he wants to sign for Barca in two years time? if thats his attitude towards his employers now, you can see it coming and biting us on the ass too.

Humm I remember just after Wenger joined the club that Ronald DeBore (who Wenger was reported to want to bring him to the club)threatened to strike while at Barcelona unless the club let him leave for Arsenal. Wenger then said he wouldn't take any player that was prepared to hold their club to ransom by threatening to strike...

i agree with the last comment but u,ve got 2 remember he,s been at zenit he,s whole career so he has shown loyalty.

1. I'm not so sure that Zenit are in a strong position - they know he can buy out his contract soon,

2. I'm also not sure that he'll go to City: true we can't compete with them financically, but reading between the lines, AA must have made it clear to City that he will only look at an offer from them if the negotiations between Zenit and AFC break down.

Of the teams seriously interested in him, I reckon he wants Arsenal, even if he could get more dosh from City.

But don't push your luck too far, Arsene.

i would rather a centre back AND a midfeild inforcer but thats not gonner happen cos AW is so stubbon(the best maneger there is by the way)so for arsenal if this is true then just pay the £20m cos not alot of player have the hart to play 4 my club right now including the ones that are there so to have a 27 year old player who has played at the highest level (granted not for long) would be good.

I'm not sure that Zenit are in such a strong position unless Arshavin is prepared to go to City they can't sell him without his consent. Despite what Sepp Blatter and Ronaldo think, football players are not actually slaves.

He's 27. He wants to play Champions League football next season - not take a risk by joining Citeh and not playing it until he's too old.
having said that, Arsnal need to keep the pressure up to finish in the top 4 themselves. But the chances are a lot higher, aren't they?

Ok, nice for us that he's being nasty to Zenit. We wouldn't be happy if he was doing this to us wanting to go to Barcelona, would we?

i don't think man city are yet in the deal ! zenit said today on setanta that they are no offers from man city ! and they are talking to number of english clubs ,

or like the skysports news said yesterday , that negotiation are ongoing between arsenal and zenit and they agreed on privacy till they reach a deal !

we have to end this as soon as we can ! ppl here are suffering , we need something to regain hope !

beside the more this delays the more clubs come in ! and we don't want that ,

lets just hope the deal will be reached soon , so if this screwed up the blame on the board ! this was easy to get , the only class player available in the market

just get him and move on ! we are almost half way in the transfer market and nothing been done !

we need to movie fast , some may think time is on our side , but its not , the long this take the more clubs to get in !

I would be grateful if someone could explain how Arshavin can go on strike during the Russian close season where the temperature makes playing football impossible. It's like sayting Fabregas will go on strike between Mid may and August...
Utter nonsense.

They are on tour in Saudi Arabia

A blog that's arrogant/confident enough to not provide sources.

www.soccertvlisting.com provides full listings of all football matches on US television.

Who really cares anymore it is another snoozefest from Wenger and The board.If the fifth richest club in the world cant stump up 20 mil which is peanuts with the current rate of the pound then something is seriously wrong.Arshavin apparently wants to play for us....very good but can you seriously trust any of these tabloids at this rate he would probably sign for City tomorrow.The board and Wenger will probably drag their feet till city comes in a steal him with an outrageous bid of 30 mil or something seen it before wouldnt be surprised if it happened again.By the way it will take more then one Arshavin to dislodge Manure from the throne.Here is a novel idea.......a competent defender or two.

So much had been said and written about the bottomless wealth of Man City. But, the fact remains that they could not compete in the transfer market. Look at what they signed compared to Chelsea when the Russians invaded. The reason maybe these Arabs are rich but not that wealthy. My reason for saying this is that they are totally reliant on oil for their entire economy. Financial reports suggest that their breakeven price for oil is USD50 per barrel. Iran and Venezuela is much higher at USD80. Hence at USd40, they will need to dig into their reserves to fun their development and administrative budget. So it is a falacy that these guys have unlimited resources.

team that he wants to go to has someone wearing number 10 already!
that means its arsenal right?
i dont think every other team in PL has number 10's

isnt Robinho the no.10 at Man City?

Reading the press on news now, a russain sauce say he was in a verbal agreement that if a £12/€15 mil bid was made they would accept. Arsenal offered a total of £13 mil inc. add ons which is why he is on strike.

After sending an email to his agent, Dennis Lechter, I can tell you that Arshavin wants to play for Arsenal, but Zenit wants more money than what Arsenal is willing to pay.

the only thing holding the deal up is Arsenal being cheap b*stards who won't pay proper money for a proper player. Sorry Mr Wenger the fact that 'Arsenal' has come in for a player simply isn't enough to bully through a deal. Anyway why would any team wan't a player who kicks his feet and stamps a fuss, going on strike etc to play for them. What happens 3 years down the line when they want to mobe on again. Believe me to all these sayin he isnt worth 20 million, if Robbie Keane is then you are getting a bargain!

Do we really need him that bad? I'd rather see someone like Palacios, who we could get at half the price!

I found this site using [url=http://google.com]google.com[/url] And i want to thank you for your work. You have done really very good site. Great work, great site! Thank you!

Who knows where to download XRumer 5.0 Palladium?
Help, please. All recommend this program to effectively advertise on the Internet, this is the best program!

Anonymous said...
This comment has been removed by a blog administrator.
December 4, 2012 at 5:46 PM